Love is always an option

Shavuot 2017 in Jerusalem. In colorful posters, the billboards tell of countless speakers and study sessions. In an effort to catch as much as possible, I struggle to chart a map for myself. It is useless. And doesn’t matter. There are innumerable options. Throughout the night, thousands of people are in the streets. They wear many kinds of clothing; they speak many languages. Many doors are open; you’re welcome to walk in. The hum of learning, singing and praying sounds from everywhere. There’s pastries and coffee and fresh fruit. This continues during the day, especially in the afternoon and early evening, as the foot traffic flows to the already full Kotel area. Though never seen before, this is all strangely familiar. The words of the prophet (Zachariah, chapter 8), telling of what until recently was thought of as a crazy delusion, ring in my ears, bringing tears to my eyes:

*******
In the midst of this week’s Torah reading, among priestly and other duties, hides the Sotah. The Sotah is a married woman suspected by her husband of adultery, who, because of his suspicion, is asked to undergo an ordeal of bitter water, also known as the ordeal of jealousy (Numbers, chapter 5:11-31). She is then brought to the priest and given a “magic potion” that will reveal the truth: if she indeed had an affair, the water will have a horrific, physical impact on her. And if not, nothing will happen, and they can live on “happily ever after”.
I know I’m supposed to dread what is “done to the woman”, but I’d like to suggest that things might be just a bit more complicated than that. Yes, she drinks the water. Yes, that can have harmful affect, but before we jump there, let’s break it down a little. Let’s imagine the couple going up the stairs – together – to the priest at the Temple, in broad day light, for this ceremony… lets imagine the days, weeks, months before that, what did they talk about on the way (yes, I know, why do I think they talked… well, maybe)? His intense distrust and unsettled jealously – is a prerequisite. But not every jealous husband can drag his wife to the (busy) priest at the Temple. It has to be a persistent “bad spirit”. There must be “reliable witnesses”, which means she was warned “before” – before what? That too needs discussion. And the water, what’s in them? In some cultures, suspects were “tried” with hot iron. Being tried with hot iron might mean that people will admit anything, just to be spared the “test”. Here, we’re talking about water with some dust that supposedly have a godly power. Not poison. Not pain. And, though not favored, she can also opt to leave the marriage altogether. The Torah is not asking her to stay with someone who is irreconcilably so upset, he is willing to harm her. In that way, the test is also his, not only hers.
The Sotah ordeal was annulled by Rabbi Yochanan ben Zakai and would have been anyway annulled with the destruction of the Temple in 70CE. In fact, because it was necessary to annul the Sotah ceremony (some say due to too many adulterous relations-), husbands were advised “simply” not to be envious (under the anti-feminist guard, one would think that wives were advised not to cheat and “behave better”, but apparently, not so!)
Last for now, it is important to note that the “bitter water ordeal” is not a mitzvah. It’s a last resort tool for an impossible situation. We’re calling on G-d to intervene between two people in a “lockdown”; calling on a visible miracle, long after the miracles of the desert were no longer in sight. Further: miracles were never used to solve private people’s disputes. Except here. The same rabbis who preached “it is not in the heavens”, allowed for it here. How so? Perhaps more than anything, it is a testament to human helplessness: a loud and clear admittance that sometimes, we desperately need Divine intervention.
*******
Also in this Torah reading, shortly after the Sotah, is the beautiful “birkat hakohanim”, priestly blessing. The priests are asked to bestow G-d’s name on the people, to convey protection, light and peace, and do so – with love. At the end of the day, love is always an option.
Shabbat Shalom. 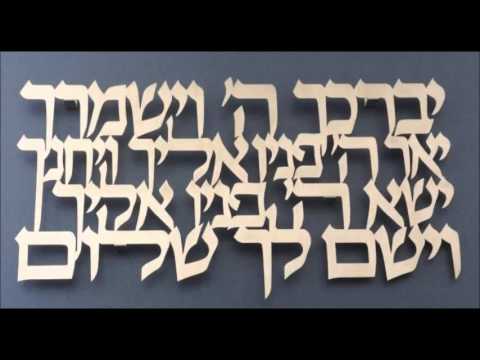