Moshe and his fitbit – The Torah portion of Vayelech

I love Moshe in the Torah portion of Vayeylech, the shortest parasha in the Torah: at 120 years old, he walks. And not for his own musing, but in order to talk to the People “all these things” (Deuteronomy 31:1). Couldn’t they come to him? Didn’t anyone think, oh, Moshe is getting old, our journey is nearing its end, we should try to hear as much Torah from him as possible, let’s all go”… The portion’s name should have been “Venelech”, in the first person plural, as in “let us go”! but instead, the humblest person we know of, gets up and goes, so that we too will learn to walk; to go talk; to ask, to teach, to bid farewell when the time comes; to not sit around and wait for things to happen, but to get up and make them happen, at least start.
At 120, he also writes the Torah, coincidentally, or not, with the same Torah portion he “walks”, possibly to hint at a connection between the two (“walking”, lalechet, halacha and the Torah)? According to our tradition, he wrote 13 scrolls: one for each tribe and one to be placed in the holy ark. The sages have already noted the various authors of the Biblical books (Babylonian Talmud, Bava Batra 14:b and copied below). The question of course arises regarding “who wrote the Torah”. The Torah itself says that Moses did (Deuteronomy 31:9), but then, there are issues: Could Moses actually write about his own death? According to some, sure, why not; he was G-d’s secretary and would write whatever the Boss told him! And yet according to others, writing about his own death would have been too much to ask, and Joshua wrote that. Ah, but once we say that any part of the Torah was written by someone else, what about other seemingly out of place verses, like Genesis 12:6: – והכנעני אז בארץ- “And the Canaanites were then in the Land”. What does the Torah mean by “then”? Did someone write it in later??? There are ways to explain it but the question remains: Did Moshe write the whole Torah as describe right here in our reading?
In the early 1990’s a fantastic kids’ book was published: The Always Prayer Shawl. The Books tells of the time when Adam’s family leaves Russia for America, Grandfather gives him an ancient prayer shawl that has been passed down from generation to generation, and in time, an older Adam passes the prayer shawl down to his own grandson. The problem is the prayer shawl get frayed: the tzitzit unravels, the writing fades, the cloth falls apart. Every generation fixes something, so by the time it reaches Adam’s own grandson, it’s a completely different prayer shawl. Nevertheless, it is the always prayer shawl, the same exact one, passed down through the generations.
I think of this story often: on one hand, one of our principals is that G-d gave the Torah to Moses, but on the other hand, He also gave the Torah to us, and as Rabbi Yehoshua noted in the famous debate (Bava Metzia 59b) it didn’t stay in the heavens. Further, if we think Moses got the whole Torah already at Sinai, we have many problems. For example, why was he worried during Korach’s rebellion? Why was he pleading to go into the Land? More likely is that Moses wrote as they traveled and at the end, put it all together to give us one book. The sages already split hairs on what is this “all together”: really all or maybe just most?? And what would be the ramifications of that??
Luckily, we don’t have to decide. It is possible to accept both and understand it in a boarder way, exactly like with the Always prayer shawl: too many changes, additions and adjustments, will make the shawl a table cloth or perhaps a dress. The Torah we have is, of course, the Torah of Moses, and yet, at the same time, it is being written again and again, as it being transmitted from one generation to the next.
Shabbat Shalom. 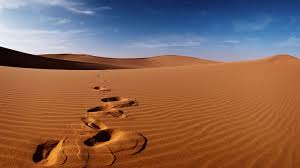 בבא בתרא יד:ב: ומי כתבן? משה כתב ספרו ופרשת בלעם ואיוב יהושע כתב ספרו ושמונה פסוקים שבתורה שמואל כתב ספרו ושופטים ורות דוד כתב ספר תהלים על ידי עשרה זקנים ע”י אדם הראשון על ידי מלכי צדק ועל ידי אברהם וע”י משה ועל ידי הימן וע”י ידותון ועל ידי אסף
Bava Batra 14:b: The baraita now considers the authors of the biblical books: And who wrote the books of the Bible? Moses wrote his own book, i.e., the Torah, and the portion of Balaam in the Torah, and the book of Job. Joshua wrote his own book and eight verses in the Torah, which describe the death of Moses. Samuel wrote his own book, the book of Judges, and the book of Ruth. David wrote the book of Psalms by means of ten elders of previous generations, assembling a collection that included compositions of others along with his own. He included psalms authored by Adam the first man, by Melchizedek king of Salem, and by Abraham, and by Moses, and by Heman, and by Jeduthun, and by Asaph,
15a
ועל ידי שלשה בני קרח
and by the three sons of Korah.
ירמיה כתב ספרו וספר מלכים וקינות חזקיה וסיעתו כתבו (ימש”ק סימן) ישעיה משלי שיר השירים וקהלת אנשי כנסת הגדולה כתבו (קנד”ג סימן) יחזקאל ושנים עשר דניאל ומגילת אסתר עזרא כתב ספרו ויחס של דברי הימים עד לו
Jeremiah wrote his own book, and the book of Kings, and Lamentations. Hezekiah and his colleagues wrote the following, and a mnemonic to remember which books they wrote is yod, mem, shin, kuf: Isaiah [Yeshaya], Proverbs [Mishlei], Song of Songs [Shir HaShirim], and Ecclesiastes [Kohelet]. The members of the Great Assembly wrote the following, and a mnemonic to remember these books is kuf, nun, dalet, gimmel: Ezekiel [Yeḥezkel ], and the Twelve Prophets [Sheneim Asar], Daniel [Daniel ], and the Scroll of Esther [Megillat Ester]. Ezra wrote his own book and the genealogy of the book of Chronicles until his period.