Sirens and Silence – The Torah Portion of Vayera

Tuesday morning; restless, crowded Ashkelon train station. 6:33am, announcement: “All trains south are canceled due to the “situation”; trains north proceed as usual”.

6:38am: Blood curdling sharp siren cuts through the air. Another announcement: “we just heard a “real” siren (az’akat emet); everyone down to the underground passage for shelter”.

6:50am: A train enters the station, followed by an announcement: “please do not board the train”.

6:51am: People click the doors open, board and grab a seat.

6:56am: The train leaves the station, crawling north, among plowed fields, beautiful orchards, well-cared-for greenhouses, an “iron-dome” post, colorful bougainvillea decorating the fences, white buildings on the horizon… It’s painfully slow but moving. The passengers go back to their newspapers, books, phone-calls, computers. One person pulls out a siddur to daven Shacharit though I think she’s been praying all along.

8:00am: The train enters Tel Aviv. A deep sigh can be felt, then sirens wail through the air again. This time there is no shelter to go to. “Everyone away from the window”. People remain incredibly calm; some don’t even budge. I’m back home. Good morning, Israel.

The Torah portion of Veyera is a favorite, with Abraham modeling hospitality and praying, pleading to save Sodom and Gamorah, and… oh well, a bunch of other stories we might skip: what is Abraham doing with his son? What’s going on between and him and Sarah? And what’s this strange story about Lot and his daughters??

Genesis 19:30-38 meets us after the destruction. Sodom and Gomorrah were not spared; Lots’ wife turned into a pillar of salt. AS far as Lot knows, and especially as far as his daughters know, there’s no one left in the world to parent children and beget future generations with them, except their father. The world is full of ashes and silence. One after the other, first the older one, then the younger one, they make him drink wine (which somehow they took in this hasty escape -?) to lie with him and “maintain their seed”. They both become pregnant and bare each a son: one names her son Mo’av and one – Ben Ami, father of the people of Amon.

There are many questions about this strange story, but perhaps one stands out: their father was drunk, asleep and unaware, and the two of them had a “secret”. Just keep it! Why tell?? And why tell is so loudly through the names of their children?? It was a s if they stood up to say, ‘look at me and look at what I did’! and, further: these are the families that, according to our tradition, were ancestors to the Messiah??!!

Rav Moshe Feinstein tells about a man in his congregation who “bad-mouthed” Lot’s daughters, to say there were a shanda / shame, and how dare they not even be embarrassed, shy and quiet about their act. Later than night, two old women showed up in his dream, and told him they were Lot’s daughters. They said, that indeed, they could have said that they were of Abraham’s family, and therefore, they deserved Divine intervention, so that they experienced a miraculous conception! But instead, they told the truth. They were forthcoming, proud and accepting of who they were and what they had to do. For all these reasons, these were the mothers of the Messiah.

And so it goes. Over the many centuries that passed, we could have cleaned up the story already; changed it to say what is PC and what will get more “points” and support, but we have not, and I hope we never will. Let there remain some weird stories we don’t fully understand; that force us to struggle to make sense of; that make us think on, and on. 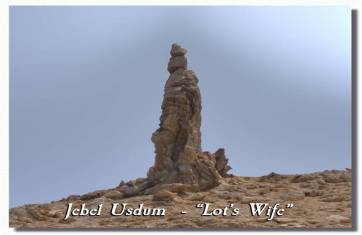