I’m sitting on the edge of the last chair in my apartment, waiting for the movers to come… what a grand way to accentuate this being the eve of the New Year 5778!
The past few days have been busy spent sorting through my life – again: “what will be thrown away, what will be given to a clothing drive, and what will go on with me to my next stop”… I find it all crazy-making, sad, cleansing, heavy, wonderful, exciting, fun…
This year, I think, again, of those tensions in our life, saying yes between two opposing ideas without giving up on either side. We’ve talked about it earlier, when we encountered Ki Tetze & Ki Tavo (the Torah portions of Living and Coming); Nitzavim & Vayelech (standing & walking) and now we come to Rosh Hashana.
We always say “Rosh” is head and “Shana” is year. Easy. But – I’d like to suggest that shana – connected to 2nd – sheni and “leshanen”, as in the Ve’ahavta, which indicated repeated learning, and Mishna, which is a deeper rerun of the Torah.
Rosh is also strange, if you think about it. It’s the “head”, thus the “beginning”, but who’s to say my body doesn’t start form my feet or arms or heart? “Rosh” is more of a leader, 1st.
A leader is nothing without those 2nd and 3rd. For something to be a beginning, it must have a following, a continuity.
So already from day one we’re given an oxymoron: A 1st and a 2nd. It’s the “beginning” of “repetition”, if you will. And we’re supposed to find the balance between the two.
This year, Rosh Hashana falls on the equinox. That was the “start” point for the rabbis’ calendar calculations, the zero. We walk into our “Yom HaDin” – day of judgment when everything is on the scale, as the world of astrology introduces Libra, the scales. Every little act can tilt the scales one way or another. It’s heavenly and divine; we’re constantly dealing with balls tossed at us over which we have no control; and yet, simultaneously, in our hands. What will we do with these balls? How will this year look? How will we conduct the partnership with the one on High, who also, struggles with his opposite midot (qualities) between judgment and mercy (see below)? Asking and seeking for that point is what drives us constantly forward.

May it be a sweet, good year! L’shana Tova U’Metuka!

The Lord God [made earth and heaven]. This may be compared to a king who had empty glasses. Said the king: ‘If I pour hot water into them, they will burst; if cold, they will contract [and snap].’ What then did the king do? He mixed hot and cold water and poured it into them, and so they remained [unbroken]. Even so, said the Blessed Holy One: ‘If I create the world on the basis of mercy alone, its sins will be great; on the basis of judgment alone, the world cannot exist. Hence I will create it on the basis of judgment and of mercy, and may it then stand!’. 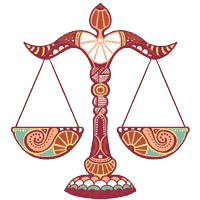 1 Response to Balance anyone? Shana Tova!!