Do Make a BIG Deal!

Vignette:
I’ve never lived in an apartment building, not like this, where it’s possible to tell what day of the week it is by the smells in the hallway, and what time. Sunday morning announces itself with strong coffee and pancakes, while Thursday evening and Friday announce themselves with soup and kugel, chicken and meatballs, and Shabbat – with tchulent (chamin). Maybe someday, just like we have cameras for our vision, someone can come up with a scent app so we can capture and save and remember our life’s good, orienting scents.

Torah Portion – Heel!
Ah, don’t make such a big deal! It’s just a minor issue!!
Again and again we hear such statements, and while, of course, there is room for compromise in life, this week’s portion, Ekev, tells us otherwise.
Ekev, what a strange name for a Torah portion! “because” – it is translated, “as a result of…” but these are translations with commentaries. Ekev comes from the word akev, heel. Rashi, in his famous commentary to this opening verse, says: “And it shall come to pass, because you hearken to these ordinances, and keep, and do them, that Hashem your God shall keep with you the covenant and the mercy which He swore unto thy fathers” (Deuteronomy 7:12), says that we’re talking about the “light mitzvot”, מצוות שאדם דש בעקביו
Easy, common, mitzvot that one squishes with one’s heels.
What is the connection between heel and “because”? or, in other words, why is heel so pivotal here?
If we go back and look at the first time this root appears in the Torah, we find ourselves in Genesis 3:15:

This is G-d talking to the snake in the Garden of Eden. The heel is the point “over which”, if you will, is the life long war with the snake. We also know the expression “Achilles’ Heel”, describing a weakness in spite of an overall strength, which can lead to a downfall. In Greek mythology, we’re told, when Achilles was a baby, he was dipped in the water of the river. The water should have covered his body, giving him a protective shield, but while doing so, his mother held him by his heel which was left untouched by the magic water, thus making this his vulnerable spot. Though he survived many wars, a poisonous arrow shot at him was lodged in his heel, causing his demise. We can see another “heel” when Jacob holds on to Esau: what is he trying to do by holding his brother’s “heel”? by being named after this spot?

The heel is what holds our posture. It is what gives our standing pose a good foundation.
What is the snake? Nachash (snake) shares its root with lenachesh – to guess, also – to use hidden tricks and magic, that is –to rely on something unstable, “slithering”. The animosity between the snake and our heel can be therefore, symbolic of us being hurt in our most vulnerable spot by doubt, by something small, slippery. And remember, the snake “looses” his legs right after the Garden of Eden incident. Likewise — when hiking, we most often don’t trip because of a huge mountain, but because of a small rock on our path. We don’t make a puzzle beautiful because of one big piece in the middle, but because of connecting lots of small pieces to one.
“Don’t sweat the small stuff and it’s all small stuff”, says a catchy magnet we’d like to believe, but really??
There is a scene in one of my favorite movies, “Friendship in Vienna”. Based on a true story, it describes two best friends in Vienna of 1938, one girl is Jewish and one’s father just joined the Nazi party. Upon the latter’s family’s return from Munich to celebrate Hitler annexing Austria, the Jewish girl notices that her friend is wearing a pin of Hitler Youth on her collar. Yelling at her outraged, the friend responds: “it’s nothing, it’s just the surface of things; in my heart you’re still my best friend”. It’s just a pin. It’s meaningless. Don’t worry about it. Don’t make such a big deal of such a minor matter!!!
But our life is often made of little details coming together: this minor decisions, plus that small issue, along with this other incident brought us to where we are today. It’s not that I think the Torah advocates for us to be petty; it wants us to be “large” and have “vision” and see the “big picture”, but for this week, it wants to remind us to pay attention to the details in our life. Like an impressionist painting, made of lots of tiny dots, that is how the big picture is made. 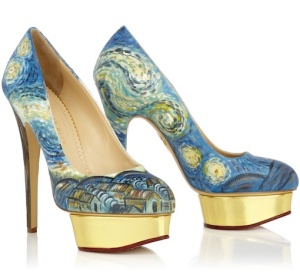