On my last visit to 19S Bellevue Hospital’s prison “med-surg” floor, R. is asking me to do something for him. This is exactly the sort of opening that prison authorities warn against: “no sooner will you go in there”, say the authorities, “they’ll start asking you to do stuff for them, bring things, Don’t. The slightest thing will give “them” ideas”; before you know it, you’ll be running drugs for them” … No one has ever done this with me. The requests I got were for Bibles, rosaries, Korans, a prayer, a wish for well-being, a ‘can you maybe visit again, sister’. R’s request, though unique, is likewise not the kind the guards worry about: he’d like me to go see BlacKkKlansman, for him.
The movie which is described as “entertaining” is anything but. Set in 1970s Colorado Springs, the plot follows the first African-American detective in the police department, Ron Stallworth, who sets out to infiltrate and expose the local chapter of the Ku Klux Klan. He first calls the chapter, pretending to be a white man. While he is “the voice” of the operation, he then recruits his Jewish coworker, Flip Zimmerman, to act as him when meeting the Ku Klux Klan members in person. In a play of the recent Torah portions, we could say that “The Black” and “The Jew” separate and mix “sight” and “sound” in order to cultivate their relationship with the local Ku Klux Klan chapter. Under the pretense of expediting his membership, Stallworth even begins a series of phone calls with David Duke, the Grand Wizard, or national director, in Louisiana, who eventually comes to visit, spewing his rhetoric against Blacks and Jews.
I am guessing R, with his long-time prison history, did not get to see the film, but the painful history and its results in the present, are all too familiar to him. In one of my visits he tells me of his recent court case: “my charges were dropped”, he says, visibly upset, “but I was sent back in here, and ya’ know why? So that ya’all can have a job! And a pension! This isn’t about us”, he continues, as he points to his darkish skin color, “ya’all need us in here, for yourself!”
I’ve become very marginally familiar with the complexities of the system back in CA when I had a chance to visit the notorious Folsom State Prison. The visit left me shocked for a while, as I learned, among other details, that prisoners (“good prisoners” are rewarded and sent to) work in factories, like hospitals laundries, for 99 cents / hour (“what you want, they already get room and board”). In San Francisco I work with Delancey; In NY I take on internship last year at Bedford Hill Correctional Facility – NY State women’s “max”, and now, find myself assigned to the 19th Floor at Bellevue. I often wonder: what if each guard took one or two prisoner and even only half the relative budget assigned per inmate, and got a house and garden to grow stuff and have a “real” job; like how about real “rehabilitation”. I don’t doubt the need to protect society, but am still stunned by the way we do it.
Per Wikipedia, “Incarceration in the United States is one of the main forms of punishment and rehabilitation for the commission of felony and other offenses. The United States has the largest prison population in the world, and the highest per-capita incarceration rate”. Of adult prisoners, “Whites” comprise about 2/3 of their number in the larger population while “Blacks” comprise 3 times their population in society at large.
The Torah knows of prison or jail: we hear about it when Joseph is thrown into “beit ha’asurim” – in Egypt (Genesis 39:20). We know of refuge cities, but those are designed to protect the transgressor; we know of plenty punishments – and for the Torah, capital punishment is an option, at least on paper; one can also become a servant to another in order to pay a debt, but I am not sure of the idea of one taking away another’s freedom and life, at times, for good.
The Torah in this week’s parasha talks to us about placing “officers and judges in all your gates”, with the purpose being – a just system. Officers and judges – is in the plural; “your” gates – is in the singular, perhaps because we are all responsible as one. And perhaps also, as the AriZaL points out, because each one of us is a little country of itself, and we need “officers and judges” to determine what to let in and how much. Rav Chaim Vital talks about our own 7 gates in our face: the eyes, ears, nostrils and mouth, and another gate of touch. Jacob talks about chancing upon “Sha’ar Hashamayim’ when traveling north (Genesis 28:17), a point where one can connect heaven and earth. We can bang on the wall forever, but only through the gate can we allow the “flow”. How wide the gate, how generous, protective or closed are the guards and judges? Finding that point will determine our wellbeing as individuals and as a society. 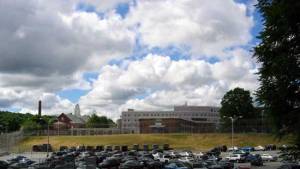