The Metzora and Pesach ? – on an unlikely connection

It would seem to make sense to read, during these Shabbatot, from the 4-5 first Torah portions in the Book of Exodus, but instead, we’re reading from some of the most intimate and obscure Torah portions: in the heart of Leviticus, the heart of the Torah, we find the metzora, erroneously often translated as one who is afflicted with leprosy.

We don’t exactly know what is the metzora. In a long discussion, the midrash (Vayikra Raba 16:2) explains:

Moses warns the Children of Israel and tells them that the metzora is a “motzi shem ra”, someone who speaks badly about another.

The Biblical metzora has skin afflictions. This week’s Torah portion describes those in details, each depicting a different moral and spiritual fall, which gets progressively worse: first the person is called “Adam”, a whole human being, who has a spot in the skin. Then, the spot becomes the subject and the human being is secondary. Then, there is a “man or a woman”; and then, only a man, who has lost his ability to be in a relationship, and finally – a garment, a covering of the human being. It seems that the way the person interacts with the environment, is disharmonic with G-d’s will and the world.

Is there a way this can be related to Pesach, or might we end up with the impression that the Torah portions and the holidays are 2 totally unrelated, distinct cycles??

If we think about the mitzvot of the seder night, a quick glance will reveal that they all have to do with eating (matza, karpas, maror, charoset etc) and speaking (telling the story, singing hallel etc). Indeed, someone without a mouth, cannot celebrate Pesach. Further: the word Pesach can be separated into two words: peh & sach, meaning “a talking mouth”!

When the first human being was created, G-d breathed air into him and turned him into a nefesh chaya, which literally means “living soul”, but the ancient Aramaic translation describes as a “speaking soul”. The ability to speak is what made the first human that unique creature made in G-d’s image. That ability is what connects us to other humans and to the Divine, and it is therefore challenged all the time.

If so, it is perhaps no wonder that at this season of spring and new beginnings, the Torah reminds us of the power of speech and the ways it can be repaired, while during this season’s holiday, we’re asked to use our mouth, the limb that made us humans, for goodness: to enjoy, taste, bless, sing, educate and share in the joys of being truly free. 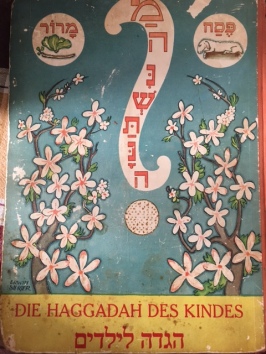