ToD: Brachot 55a: Perhaps you were in God’s shadow

The last chapter in Tractate Brachot is a “dream”, because much of it is about dreams, and on that, next week. The rest is dedicated to a catch-all of anything around blessings we didn’t get to until now, like what to say when we hear thunder. Or see lightening. Or are saved from trouble, what kind of trouble. And much more.

Among it all, Rabbi Yochanan teaches that “there are three things that the Holy One Blessed be He, proclaims by Himself”; three things that G-d announces, not through messengers and angels, by directly. One of them, which could have been useful now, is a good leader. The idea is taken from the verse in Exodus when G-d introduces Bezalel, the artist who will build the mishkan (the pre-temple temple): “See, I have called by name Bezalel, son of Uri, son of Hur, of the tribe of Judah” (Exodus 31:1–2), says the Almighty to Moses.

In the Gemara’s associative manner, the conversation takes off from there, and tell us, that not only did G-d “announce” of Bezal’el, but consulted. The text tells us (italics – from the Talmud with mostly Sefaria’s translation):

With regard to Bezalel’s appointment, Rabbi Yitzḥak said: One may only appoint a leader over a community if he consults with the community and they agree to the appointment, as it is stated: “And Moses said unto the children of Israel: See (in the plural form), the Lord has called by name Bezalel, son of Uri, son of Hur, of the tribe of Judah” (Exodus 35:30).

The Lord said to Moses: Moses, is Bezalel a suitable appointment in your eyes?

Moses said to Him: Master of the universe, if he is a suitable appointment in Your eyes, then all the more so in my eyes.

G-d then says, according to the rabbis, that this is not enough. He needs to ask the people, who will likewise accept. Do they have any other options? Bezal’el is G-d’s choice! Nevertheless, they are asked:

G-d gave the instruction for the construction of the mishkan, and Moses passes those on, but not exactly. Maybe because Moses was not an artist, he didn’t think the order mattered, and maybe he was testing Bezalel to see if he’s really that good. Bezalel catches him right away:

He (Bezal’el) said to Moses: Moses, our teacher, the standard practice throughout the world is that a person builds a house and only afterward places the vessels in the house, and you say to me: Make an ark, and vessels, and a tabernacle. If I do so in the order you have commanded, the vessels that I make, where shall I put them? Perhaps God told you the following: “Make a tabernacle, ark, and vessels” (see Exodus 36).

Moses said to Bezalel: Perhaps you were in God’s shadow [betzel El], and you knew precisely what He said?!

Bezalel intuited G-d’s commands and therefore was named betzel-El, “in G-d’s shadow”, as if he was in G-d’s shadow, and that’s how he knew what’s needed. Further, there is a deeper discussion about the place of details and order: does it matter or not? Take for example, writing an email. I can make all sorts of mistakes in the body of the mail. If writing a friend, I can also mix up the order of things. But, if I put even as much as a comma instead of a period in the address itself, chances are the mail will not reach its desired destination. Where is the line between being meticulous to no end and between careless? Yes. In this case, Bezal’el knew the line, but it wasn’t just because “G-d said so”. It had reasoning too.

But what is perhaps most touching to me, is G-d consulting Moses and the People. This text is not in the Torah! It’s our sages imparting on us a certain kind of relationship with each other and with the Divine. G-d would have most likely done whatever She does. Or not. Only G-d knows. But what we’re left with is the importance of the other, of listening, paying attention, reaching out.

We just entered the month of Adar with Purim ahead. Purim is the only holiday which, in its original form, can not be celebrated alone. And this is what we’re left with, that the Torah and mishkan (Tabernacle) and maybe even G-d Herself, are not things for their own right, but there for us to use to connect. 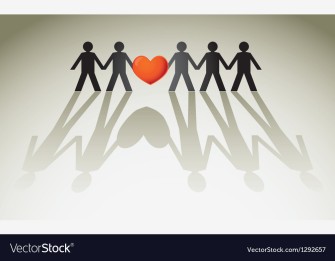