Shabbat Naso-Be’ha’alotcha: more than nothing

He was 8 years old at the time; his dad a reputable businessman with several academic and professional degrees. They went out for ice-cream and games in the park, telling imaginary stories and enjoying music on the radio, both decently dressed and groomed. The child was seat-belted in the backseat and the speed limit observed as the dad carefully maneuvered their neighborhood streets. The policeman stopped them anyway: “License and registration”. “Of course”, responded the cautious dad, “and it’s rental”, he added knowing, “here’s the paperwork”. “Aha”, the policeman kept staring at the papers, the car, the man, then noticing the child, barked, “How come the child is not in an appropriate car-seat?” “Excuse me sir? stammered the dad, “The child is 8 years old and quite tall for his age; it’s been more than 4 years since he fit in a car-seat; I’m afraid I don’t have one”… “Aha”… the officer waited, slapping the papers against his palm, looking around for what else can be, then sighing, “well, I guess you’re good to go”.

“What was that?” asked the curious child as they drove on, the dad catching his breath, quietly pondering, how one day he’ll have to explain to his child what it’s like to be Black in America. “Oh, it’s nothing”, he said finally, “it’s… nothing”.

These are the stories to look for, hear and attend to. When someone is dead, is way too late, no public, too manipulated, the story “stolen” by anyone who wants to advance anything. I want to hear about the “nothing”; how far that “nothing” is from what nothing supposed to be… well, nothing. Someone the starting point needs to be taken down a notch. And soon.

An almost unnoticed small tragedy took place on last Shabbat, which outside of Israel was still Second Day Shavuot: We’re now each reading a different Torah portion, out of sync with each other, as we’re stuck, wandering in the desert… it does feel a little lost and harder to address “The” Torah portion when it is not the same…

But, daf yomi is still here. On the heels of Shavuot, we get a great story about Moses ascending to Mt Sinai and debating with the angles who guard the Torah and don’t want to allow a mortal to get it. But, Moses “wins” the argument wisely, and therefore takes the Torah “captive”, to bring it to the People. But the Sfat Emet, Chasidic commentary, says that it’s backwards: it’s not that the Torah is taken captive, but rather, it is being released from its captivity!! The Torah has no place among the angels; they don’t need it, can’t use it and can’t share it. There is was, in the heavens, like a diamond hidden in a secret safe, unavailable to the world. Until Sinai. And now, every day, we get to learn it, enjoy it and share it. 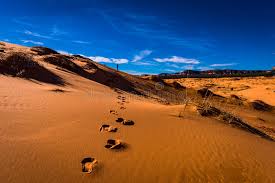