Joseph is the first expat. Different from his great-grandpa Abraham, who was born in the diaspora and made aliya; different from his father Jacob who went to exile for a few years, got himself together, and actually came back, Joseph provides a new model. True, it wasn’t his (conscious) choice to leave the holy land but once he did, and after a challenging period (not unlike many modern expats-), he discovered new opportunities which were not available back home, like being second to the Pharaoh, having nice clothes, a lovely Egyptian wife and an Egyptian name, perhaps because “Yoseph” was too difficult to pronounce for the locals, another phenomena many of us are very familiar with (try getting your drink at Starbucks with a name like Michal). 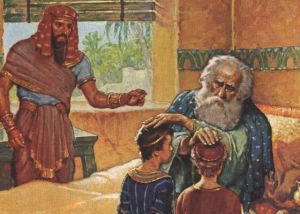