“A love story”, this is how a friend of mine defines her journey, and not as many would call her, a “chozeret bitshuva” חוזרת בתשובה, or as I tease, a “born again Jew”. A love story.
Pesach perhaps is one of the times this love is most obvious. And not, as it might seem, because of the tremendous effort of cleaning, preparing, cooking etc before the holiday, but in the deeper meanings around it.
I’m looking at some notes I collected over the years, and notice something I haven’t seen: the Hebrew word ba’aviv is almost identical to “be’ahava”, with love, and definitely identical in its gymatria, simply, the letter yod of aviv split itself into two “equal” heh’s in the word be’ahavah – באהבה = באביב. A coincidence! Or not?
Indeed, we’ll never know. It’s up to us to decide what we want to see. That too, is what Pesach is all about, and that too, is love.
In the TaNaCh (the Jewish Bible) there are 5 “megillot” or scrolls: Song of Songs, Ruth, Lamentations, Ecclesiastic, and Esther (שיר השירים, רות, איכה, קהלת ואסתר). We just read Esther during Purim. Which one should we read over Pesach (customs vary between reading it after the seder, on Shabbat Pesach or the 7th day of the holiday, tomorrow)? Which one best reflects Pesach?
The Song of Songs is that book that, as a teen and pre-teen in TaNaCh lessons in regular public school in Israel, you flip to, instead of falling asleep over the wars of judges and intrigues of the kings. You hope no one will see you blushing as you read through and think, what is this?? In the holiest book of our people??
The rabbis had the same debate, but it was Rabbi Akiva who is quoted in the Mishna, insisting: “the whole world is only worthy as the day the Song of Songs was given to the People of Israel; for while all the writings are holy, the Song of Songs is the holy of hollies”.
Here are a couple of quick quotes (translation of Machon Mamre):

Once we get over the imagery (a belly like a “heap of wheat”?), what is most striking are the intense details. There is no “he’s a good guy”; “she’s a lovely person”. No generalizations, but a great attention to every little minutia: “you know, the way he smiles…”, “the way she tilts her head just so…”, “what did he mean by….”, “what was she thinking when…” When you love somebody everything matters. Small things are not small, for good and bad. A tiny gesture can mean the world. A stupid word can ruin a whole day. Everything is important. Everything has significance. Similarly, just before Pesach, this is what we’re looking for: every little spec of chametz, every crumb, it all must be burned, for between lovers there is no room for “little things”.
But then comes Pesach eve, and what do we celebrate? That G-d “passed-over” our homes, that G-d spared us, that we were taken to freedom and liberation, that we were given another chance.
Through what great merit did we deserve this? Have we done anything great? So we were slaves, big deal! What are we whining about? Other people were slaves, and- remained slaves, assimilated into their master nation and disappeared. The fact that we know the “rest of the story” doesn’t mean we can take it for granted. Why are we here? Is there truly anything magnificent we can point to that we have done? Our sages tell us that there are 50 gates of “tum’a” טומאה, “spiritual impurity” and distance, and that we made it to gate 49. But nevertheless, G-d “passed-over” us. He knew we had sunk deep; He knew we were no longer in our best, but He had another plan for us and He saw the “big picture”.
And that too is love.
Rashi says that the word “u-fasachti” ופסחתי “and I will pass-over”, means “vechamalti” – וחמלתי “and I have shown compassion”.
But the same root – p.s.ch – פ.ס.ח. can also mean lame, someone who is limping is a “pise’ach” פיסח, and therefore, describing situations that incomplete.
So which way is it?
The prep has to be meticulous. Such is winter: we count rain days, precipitation, temperatures, clothing, supplies. But when spring comes, that’s all gone. The windows are open; heater is off, and we are joyful to see just the smallest blossom. There is no way to “measure” that. We say thank you not because the tiny flower is physically greater than however many months of darkness and cold we had, but because it’s here; because it exists . We “forgive” all the hardship. And our joy and appreciation “skips over” all the previous days. Chametz also shares its root from “to miss out” (lehachmitz- להחמיץ ), while matza shares its root with fullfilment (lematzot – למצות). detailing alone doesn’t make for a happy life.

This is also what the Song of Songs says (chapter 2):

Love is both about attention to details, and about skipping over; about hard work, and about skipping for joy, and the art and challenge is to know when to apply which. Perhaps figuring that out, is the true journey and exodus from slavery to freedom.
Chag Sam’each & Shabbat Shalom. 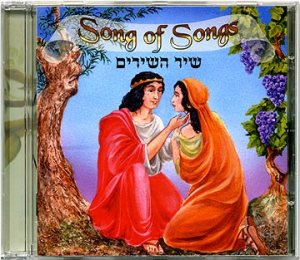